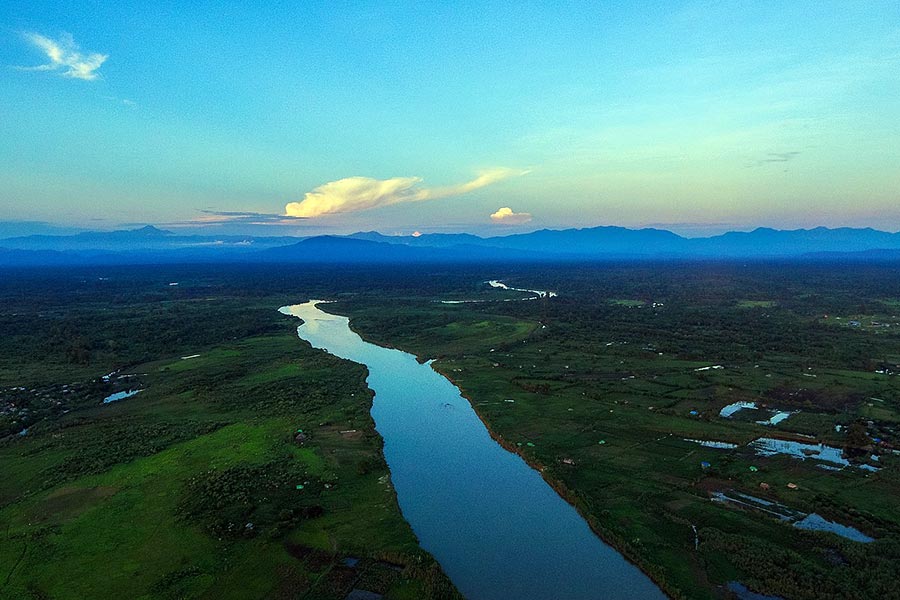 Estimates in 2020 show that there are approximately less than 4,000 tigers left in the wild. In captivity, there are perhaps twice that amount. Considering that there were once over 100,000 tigers roaming the Asian wilderness a century ago, it is no wonder that these beautiful and powerful cats have found their way onto the endangered list.

Fortunately, there are places like the Hukaung Valley Wildlife Sanctuary that is dedicated to the conservation of not only tigers, but other endangered and protected species as well.

Established in 2004, officials in Myanmar designated the Hukaung Valley Wildlife Sanctuary for the conservation of endangered animals, turning this land into a wildlife sanctuary. The initial designation covered an area of 6,371 square kilometers, which is a little less than 4,000 square miles. Later, in 2010, the sanctuary was expanded to 15,431 square kilometers (9500 square miles roughly), making it the largest wildlife sanctuary in Myanmar.

Located in the Northern Forest Complex of Myanmar, the Hukaung Valley Wildlife Sanctuary is also the world’s largest tiger reserve. The area was originally dedicated to tiger preservation as well as maintaining tiger habitat. It features diverse tree types, including evergreen and deciduous trees with plenty of natural prey for tigers. In addition to protecting tigers, this area is used for the conservation of 140 bird species and at least 40 other mammals, including the Asian Elephant.

While the Hukaung Valley Wildlife Sanctuary and the tiger preserve are the biggest in Myanmar, they currently only estimate that fewer than 50 tigers live in the area. Given the size of the valley, it’s believed that the tiger population could grow in the future. Preserves like the one in the Hukaung Valley are essential because they give tigers a chance to live freely while still being protected, boosting the struggling population.