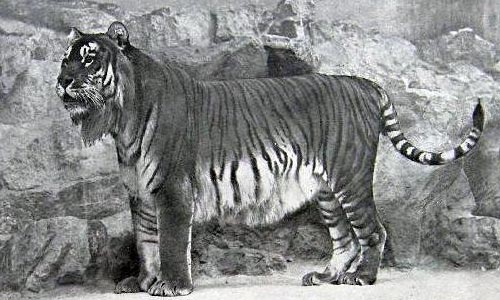 The Caspian Tiger was officially declared as extinct but according to the revised taxonomy, they may have lasted into the 1970’s. Caspian Tigers were hunted, and lost their habitat due to human settlement. Furthermore, their prey was also hunted and killed by humans, giving the Caspian Tiger not much of a chance at survival.