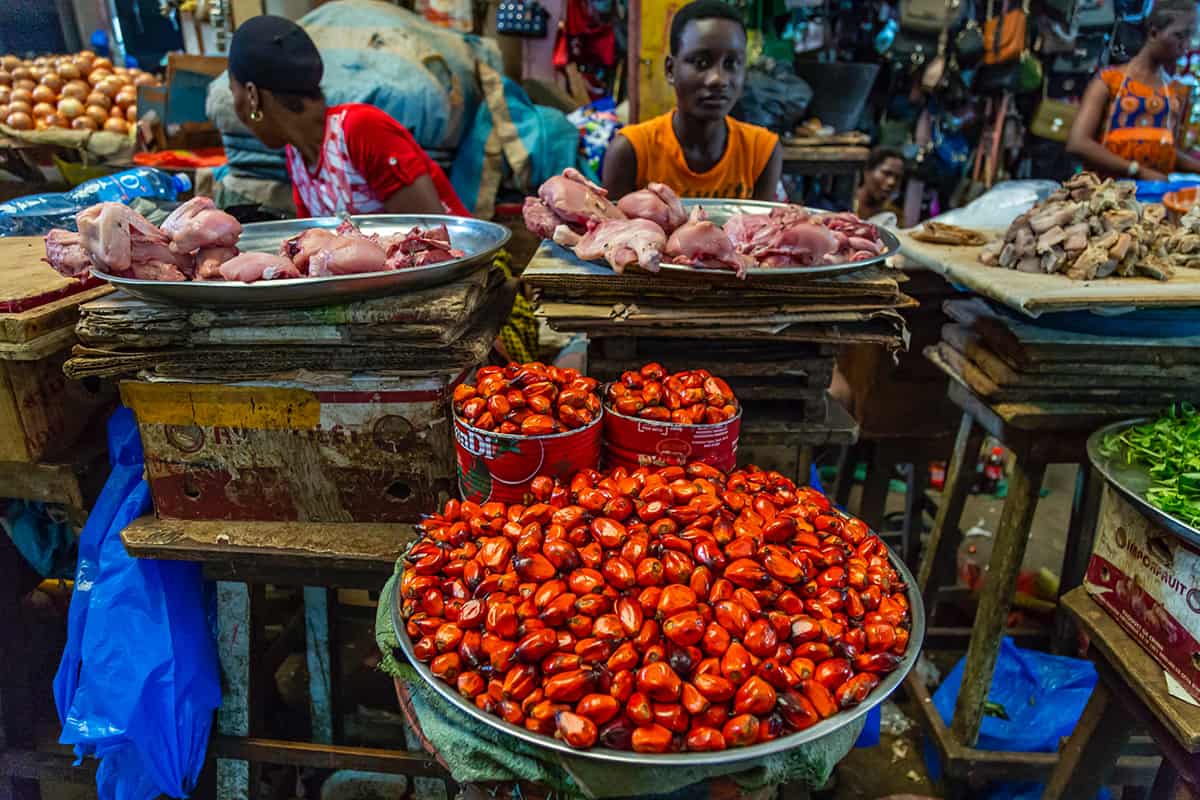 What Is Palm Oil?
The Problem with the Palm Oil Industry
The Solution—Sustainability
Save Tigers Live HD Wallpaper App & Screensaver

The palm oil industry is one of the greatest threats to biodiversity, directly threatening already endangered species including orangutans, elephants, and even our beloved tigers. But what’s so harmful about palm oil? And what can be done to change the course of this destruction?

What Is Palm Oil?

Palm oil is a high-quality vegetable oil harvested from the fruit and kernel of the oil palm tree. Native to West Africa, oil palm trees grow in tropical habitats and are now widely cultivated in Indonesia and Malayasia.

Palm oil is most often used as cooking oil in countries around the world. In the United States, our consumption of palm oil is a little less obvious, but still voracious: check the ingredients on half of the things found in your local supermarket, and you’ll see palm oil there. (Although, sometimes it’s hidden under a generic label of “vegetable oil.”)

Palm oil is used in ice cream, cakes, cosmetics, and dish soap. Chances are we’ve all been a consumer of palm oil at some point.

With its limitless applications and uses, palm oil seems like a kind of miracle oil. (Well, aside from the fact it’s been linked to heart disease due to high amounts of saturated fat.) Not only is it incredibly versatile, but it’s also extremely cost effective, offering a greater yield at a lower production cost than other veggie oil.

So, what’s the catch?

The Problem with the Palm Oil Industry

Unfortunately, the catch to using and producing palm oil is a pretty big one.

The production level required to meet the ever-growing global demand is ultimately unsustainable and irreversibly harmful to the environment and native wildlife. Because oil palm trees only grow around the equator, palm oil plantations are overtaking some of the world’s most biodiverse rain forests—in fact, palm oil plantations account for a whopping 10% of permanent global cropland. While the palm oil industry has provided much needed wealth and development in places such as Malaysia (the source of 85% of palm oil production), the palm oil industry has come at the cost of both traditional livelihoods and environmental health.

In Indonesia, independent farmers have called the reported palm oil industry prosperity into question as “millions still struggle to get land ownership documents and earn enough money to meet their basic needs.” Their lives depend on the price of the oil palm’s fresh fruit bunches, which is already very low. If it drops more, they will be unable afford the bare necessities. Furthermore, current palm oil industry operations also give way to worker exploitation and even child labor. In a bitter paradox, palm oil has provided jobs and economic growth while undercutting local communities.

But the disillusionment with the palm oil industry doesn’t stop there.

The further expansion of the palm oil industry is one of the largest driving factors behind deforestation. Forests are slashed and burned to make way for oil palm trees, polluting the air and driving away the native wildlife. Tragically, these creatures have precious few places left to run. More than being driven to relocate, they are being driven to extinction.

Some, like the critically endangered Sumatran elephant, are driven to seek food from farms, creating human-creature conflict. This is dangerous for both man and beast, and usually ends with the killing of the elephants, who were just confused and hungry. With dwindling habitat, orangutans are driven to similar food-seeking behavior on plantations and in villages and are killed as “pests.” Scientists predict wild orangutans will be extinct in the next decade if changes aren’t made.

Yet another victim of the palm oil industry’s deforestation is the Sumatran tiger, obviously near and dear to us here at Project Endangered Tigers. In a mere 40 years the island of Sumatra has been terribly transformed, losing over half of its forests for oil palm conversion. Between this rapid deforestation and reprehensible poaching practices, the Sumatran tiger population now hovers below 400 wild tigers, each big cat clinging to survival in the small patches of remaining rainforest.

Sadly, even more already-endangered animals are nearing the “critical” mark as palm oil plantations and the palm oil industry continue burgeoning across the equator.

However, it doesn’t have to be that way.

At first glance, the simple solution seems to be “quit using palm oil!” However, most wildlife advocates agree that isn’t feasible. Palm oil is still one of the most efficient vegetable oils to produce; to switch to an alternate like soybean or coconut oil would require 4 to 10 times more land, thereby doing nothing but shifting the habitat-takeover problem to different parts of the world. Rather than boycotting palm oil and the palm oil industry and all associated products, the answer is to produce palm oil in a sustainable fashion—which can be done, if companies are willing.

For starters, clearing tropical forests for new plantations needs to stop, and policies limiting the demand for palm oil (such as the European Union limiting its use for biofuel) should be implemented, thereby helping protect the remaining tropical ecosystems. Cruel Oil explains how “Oil palm can flourish in rehabilitated agricultural land or land that has already been degraded in past decades (of which there is plenty in Indonesia).” The main reason such land hasn’t been used instead of forests is because deforestation is ultimately cheaper. Financially speaking.

Another possible hope for decreasing deforestation is increased yields via selective breeding of the best yielding oil palm trees; that means plantations could meet high demands without expanding their land.

And as consumers, we can help, too.

The Roundtable of Sustainable Palm Oil (RSPO) was formed in 2004 to help regulate the palm oil industry. It sets production standards that help drastically curb palm oil’s negative impact on the environment and society. Currently, 19% of palm oil is RSPO certified, and products made with it carry the RSPO certified label. When making purchases, look for the label, and check out WWF’s palm oil scorecard or the Chester Zoo’s Sustainable Palm Oil Shopping List to find out which brands are committed to sustainable production. (You can also eat and shop locally produced, non-processed goods when possible!) When you need a product that includes palm oil, exclusively purchasing RSPO certified products will help increase the demand for ecological conscientiousness.

Although the palm oil industry situation may look bleak, there’s still hope and time for a turnaround; but the change needs to happen now, and it starts with each of us.

Palm Oil Industry, Its Impact on Wildlife, and How to Improve by Project Endangered Tigers

Tullis, Paul, “How the world got hooked on palm oil,” February 19, 2019, https://www.theguardian.com/news/2019/feb/19/palm-oil-ingredient-biscuits-shampoo-environmental.

“What are the animal welfare (and environmental) issues with the production of palm oil?” RSPCA, accessed June 26, 2021, https://kb.rspca.org.au/knowledge-base/what-are-the-animal-welfare-and-environmental-issues-with-the-production-of-palm-oil/.