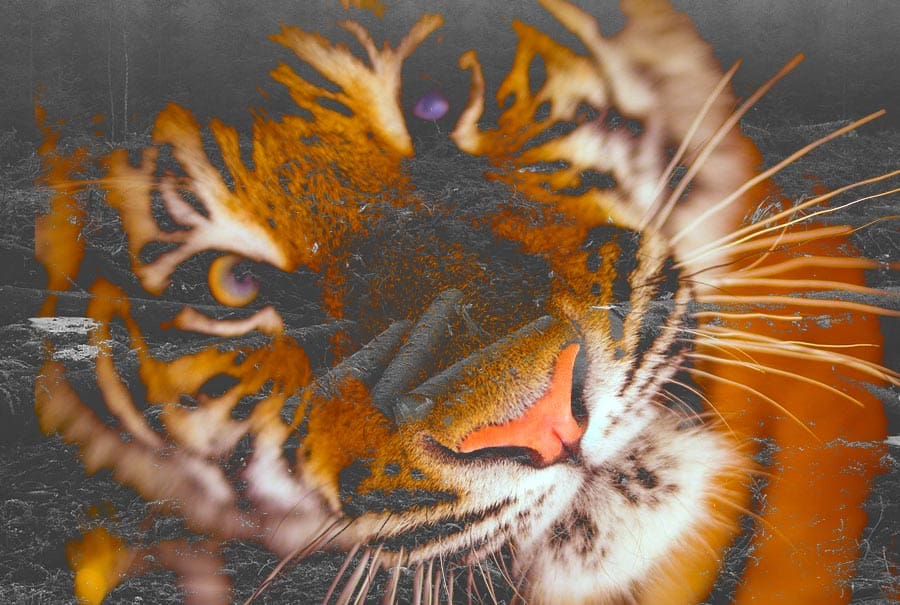 Why Are Tigers Endangered ?

The largest of the big cat species, tigers are among the world’s most cherished, majestic animals. In the early 20th century, approximately 100,000 tigers representing nine subspecies roamed the earth. Tragically, today only about 3,900 are estimated to remain and three of those subspecies are already extinct. The rest are now labeled as endangered tigers or critically endangered tigers, with imminent extinction predicted within the next decade.

While the Caspian, Bali and Javan tigers are already extinct on this planet, the South China tiger is feared to also be extinct with no sightings in the wild in many years. The other subspecies in desperate need of conversation are the Amur (Siberian Tiger), Bengal, Indochinese, Malayan and Sumatran tigers. Of the tiger subspecies remaining, following is where they can still be found and how many of each is estimated to still exist:

Conservation Status (2021) : Endangered. Found predominantly in the Sikhote Alin mountains and Primorye province in Russian – with very small numbers located in China and North Korea – there are estimated to be approximately 300 Amur (or Siberian) tigers remaining. Their major threats that make these tigers endangered are poaching and habitat loss from logging and development.

Conservation Status (2021): Endangered. The most abundant of the tiger subspecies remaining at approximately 2,500, the Bengal tiger roams a broad range of habitats including high altitudes, tropical and subtropical rainforests, grasslands and mangroves. They are still found in India, Nepal, Bhutan and Bangladesh. Their major threat is poaching.

Conservation Status (2021): Endangered. Still found in Thailand, Cambodia, China, Lao PDR, Myanmar and Vietnam, the Indochinese tiger subspecies has been dramatically reduced by more than 70% in the past decade with the total population estimated at under 300. Their major threat is loss of habitat from road construction.

Conservation Status (2021): Critically Endangered. Located exclusively on the Malay Peninsula and Southern Thailand, the Malayan tiger subspecies is estimated to have 500 remaining. The major threats that make these tigers endangered are loss of habitat due to agriculture, poaching for tiger meat and tiger bone, and illegal trade.

Conservation Status (2021): Critically Endangered. Found only on the Indonesian island of Sumatra, their habitat is the lowland forest, mountain forest, tropical rain forests and swamp. Between 500-600 Sumatran tigers are estimated to still exist, but fears are that the number may have rapidly declined to fewer than 400 in recent years. Their major threats are habitat loss due to palm oil plantations and illegal trade.

Conservation Status (2021) : Critically Endangered; possibly extinct. Virtually nothing is known about remaining South China tigers, but estimates are fewer than 20 still exist while some scientists fear they are already extinct after no sightings in 20 years. They primarily existed in the Chinese provinces of Fujian, Guangdong, Hunan and Jiangxi.

Why Are Tigers Endangered, Who is Responsible?

There are several factors that have contributed to why tigers are endangered, including poaching, illegal tiger trade, loss of habitat, human conflict and climate change. Let’s explore the negative implications of each of these causes, and where the responsibility lies. 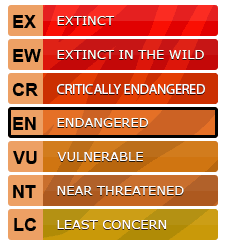 The extinction of the Caspian and Javan tigers have been directly linked to poaching. Hunters target tigers for their pelts, teeth, claws and bones, which each serve various purposes in the marketplace. In certain parts of the world, pelts are displayed as wall hangings or rugs, teeth and claws are used in jewelry, and bones are gifted or consumed to indicate status. In the past, traditional Chinese medicine utilized nearly every part of the tiger to remedy ailments, from virility in men to curing arthritis and asthma.

These medicinal uses were outlawed in the 1990s, but the strong cultural belief that tiger parts heal has continued to fuel the black market. When the question “Why are tigers endangered ?” is asked, poaching is usually the number one answer.

A deeply-disturbing contribution to the threat of tiger extinction is illegal trade. The intense demand for tiger parts led to the development of tiger breeding farms, which breed and slaughter tigers for their highly-sought parts. Breeding farms were actually established with tiger conservation in mind, as a way to help deter poaching. In theory, by establishing a consistent resource to satisfy consumer demand for tiger parts, the impact on the wild tiger population would be alleviated. Unfortunately, breeding farms ultimately failed in their mission and instead led to an increase in poaching and further fueled the demand for tiger products.

With the illegal tiger trade industry now valued at $19 billion, it is likely to persist given the high value and continued demand. Legal, regulated tiger trade markets emerged in an attempt to shut down the illegal operations, but that also further exacerbated the problem by making it nearly impossible to determine if certain tiger parts came from legal or illegal operations. These legal breeding farms began serving as the ideal way for illegally-obtained tiger parts to be laundered into the legal distribution system. Making breeding farms and the tiger trade market universally illegal is the only solution, but it comes with social, political and economic challenges.

Sadly, while many governments have voiced concern over the legalities and ethics of tiger trade, captive breeding farms still remain legal in China. In the early 1990s, Chinese consumer demand for tiger bone resulted in a significant surge in poaching in India and Nepal. In response, in 1994, China banned the domestic trade of tiger bone along with several other world governments. Fast forward to 2004, the Chinese State Forestry Commission allowed a tiger farm to sell “bone strengthening wine”, in contradiction to the 1994 ban.

By 2007, China documented 5,000 tigers in captive breeding farms – more than the entire world’s wild tiger population. By the end of 2007, world governments finally agreed to phase out tiger farms due to the devastating impact. Despite the worldwide collective tiger conservation effort, China’s State Forestry Administration has continued to allow tiger skins and bones to be traded from these captive breeding farms. Chinese law allows this to still continue today, further contributing to why tigers are endangered.

Due to their vast size, tigers require a considerable amount of land to roam and hunt. They need tall grasses and plentiful vegetation to hide, reliable water sources and access to many types of tiger prey. They need broad habitats, as they have large home ranges and are very territorial in nature. When tigers are stripped of any one of these needs, their very survival is immediately threatened. The human population has nearly tripled since the 1950s, leading to a significant reduction in the natural habitat space once dedicated to these beautiful and graceful tigers. Scientists now estimate that approximately 85-93% of their habitat has been lost since then (1).

In addition to the general population encroaching on tiger habitats simply to accommodate this massive growth, agriculture and the timber industry have also played a key role in the loss of space for endangered tigers. The clearing of forests for both purposes is compounded by additional infrastructure needed to access farms and crops, including networks of roads constructed through additional forest. The end result of this smaller space for tigers to roam is that fewer tigers now exist due to more competitiveness over prey, water supplies and being in closer proximity to protective humans.

Due to the significant loss of tiger habitats mentioned above, these significantly smaller tiger habitats have led to them easily roaming into territories populated by humans. Encroaching on their natural space means they more consistently encounter humans. Due to their territorial nature, they believe their space is in danger, and acts of aggression become common against humans and their livestock since their sources of prey have also been diminished over time. This dramatic rise in human-tiger contact and resulting territory war has led to lethal confrontations, as farmers take aggressive action to protect their livestock and livelihood.

Another resulting consequence from increased human-tiger conflict is the perception that tigers are very dangerous to humans, which perpetuates a negative attitude towards tiger conservation efforts. This is a Catch 22 scenario, as human-tiger conflict will only continue to increase in the future if tiger conversation efforts are not successful. Increased support and adoption of worldwide conservation efforts will reduce the amount of interaction between humans and tigers, and alleviate the threat of danger to them and their livestock.

For the Siberian tiger (Amur Tiger) in Russia and China, shifting temperatures over time are altering the habitat with Korean pine forests being replaced by fir and spruce trees. This has led to fewer prey for hungry tigers. In addition, the progression of climate change has meant more forest fires in ecosystems that previously did not experience them, including the forests of Siberia. Conversely, climate change has also driven more storms and flooding that destroys crops and forces people to relocate further into tiger-inhabited areas to rebuild and survive. Some of the human conflict noted above is the result of these displaced farmers.

One of the world’s most adaptable tiger populations exists in the Sundarbans of India and Bangladesh – a massive mangrove forest shared between the two countries on the Indian Ocean coast. It is the only mangrove tiger habitat in the world, and is home to a variety of species. Unfortunately, rising sea levels caused by excessive storms and wind threatens to disrupt their peaceful corner of the world. When this mangrove forest is lost to the projected sea level change, estimated to rise another foot by 2070, the endangered tiger species who call it home will also be gone.

It’s been stated by scientists many times that if these problems persist and the tiger population continues to diminish at its current rate, tigers are unlikely to survive the next 10 years. Of paramount importance is taking drastic action against poachers, and a far more concerted effort towards maintaining the natural habitats of endangered tigers. If measures aren’t taken to change the current trajectory, the current generation will likely be the last on Earth to witness the great, majestic tiger. Action is needed now so our future generations aren’t asking the question, “Why are tigers endangered?”

FYI: Some tiger species, such as the Bengal tiger are increasing in numbers, however, the other tiger species are critically endangered and face extinction in the next decade.

Why Are Tigers Endangered and Who is Responsible? by Project Endangered Tigers